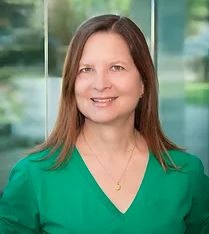 Rev. Shirley Knight graduated from Unity Worldwide Spiritual Institute in 2018 with a master’s degree in divinity and was subsequently licensed as a Unity minister. While in school, Shirley was a founding member of the Unity Ministers Student Association (UMSA) and served on the board. She is currently on the board of Conflict to Connection in Unity, a group that promotes empathy and insight for growth. Prior to ministerial school, Shirley had a 27-year-career in information management where she progressed from training specialist to quality assurance lead to program manager. As a volunteer Shirley founded a community arts organization called the Athena Art Project. For 16 years that organization produced an annual music and art festival and other community events such as concerts, art shows and literary readings. For this effort Shirley was honored with a Certificate of Special Recognition from the City of Houston in 2004 and an Extra Mile Award from Uncommon Legacy in 2005. Prior to founding the Athena Art Project, Shirley produced a show on community access television in which she interviewed accomplished women such as musicians, authors, artists and directors of national organizations. The program won two Access Awards for Programming Excellence. Shirley is a part-time associate minister at Unity of Houston where she primarily focuses on special projects.