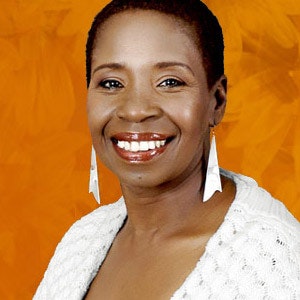 “What I have learned from all of the difficulties in my own life is that human beings have very thick skin. I call that skin, spirit, our Highest Most Powerful self. Spirit is the key to everything we desire. It is our weather-proofing, our Teflon, our line of credit that assures if we just keep putting one foot in front of the other, one day; there will be a miraculous payoff.”

History will show that Iyanla Vanzant is one of America’s most profound spiritual leaders and acclaimed empowerment legends. Her body of work spans over three decades to include 15 published books, 5 New York Times best sellers (translated into 23 languages and with sales exceeding 8 million copies), CDs, television, radio and on stage performances.

Likened to other great African American Women in our history, Iyanla embodies a no-nonsense approach in her message and teaching style. Outspoken, fiery, transparent, truthful, and sage-like are just a few of the common adjectives used when describing Iyanla Vanzant.

Her latest book, Peace from Broken Pieces, chronicles her extraordinary professional success against the back drop of personal tragedy. As the world watched her as a regular guest expert on The Oprah Winfrey Show then onto her daily talk show, “Iyanla”, her marriage was crumbling her daughter was losing her battle with cancer. Peace from Broken Pieces shares the spiritual lessons learned and the wisdom gained during this difficult time.

Today, Iyanla is the host of Iyanla: Fix My Life, the number one reality show on the OWN network, produced by Harpo Studios. She is an accomplished author, inspirational speaker, talk show host and living testament to the value in life’s valleys and the power of acting on faith. Iyanla goes behind closed doors and deep inside people’s lives for emotionally, riveting conversations where she applies spiritual practices to bring forth inner peace and healing.

Ebony Magazine says “Iyanla’s books, lectures and television appearances have made her a multimedia high priestess of healthy relationships.” According to Emerge Magazine, she is “one of the most dynamic speakers in the United States.” On stage, as she tours the country, Iyanla uses humor and straight talk to deliver her consistent message of love, forgiveness and living your best life. Thousands of followers are filling audiences to connect and engage with this once public defender, summa cum laude graduate of City University of New York Law School, who is now dedicated to facilitating the growth and evolution of human consciousness.

There is no better arena in which to experience Iyanla’s dynamic presence as teacher and spiritual guide than in one of her regular weekend retreats at Inner Visions Institute for Spiritual Development. As Founder of Inner Visions World Wide, Iyanla is actively engaged in training new spiritual leaders, spiritual life coaches and ordained ministers.

A woman of passion, vision and purpose catapulted into world prominence and recognition, Iyanla refuses to accept “celebrity status.” She is grounded and remains connected to the people she serves. Her unique gift is her ability to simply walk right into your heart.