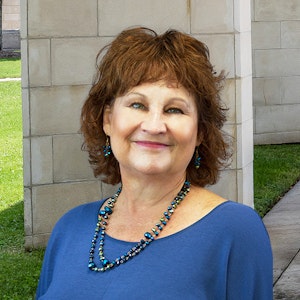 Reverend Karen Tudor had a 20 year background in healthcare before being ordained as a Unity minister in 1994. She served for 7 years in her home church at Unity of Houston as Associate Minister, then Senior Associate Minister, with Reverend Howard Caesar.

After leaving Unity of Houston, Karen served as a hospice chaplain and became a guest speaker and workshop leader for churches and business groups.

In 2004, Rev. Karen became the Senior Minister of Unity of New Braunfels, Texas for 13 years, ending her leadership there in June 2017.

During that time, she led the effort to establish a partnership of churches housing homeless families in their facilities as they work toward permanent homes.

Rev. Karen also founded the Interfaith Network of Comal County, bringing leaders of local faith traditions together to raise community awareness of the diversity of spiritual practice in New Braunfels.

Early in her career, Karen became active in Unity Worldwide Ministries serving as Chair of the Bylaws ministry team, in officer positions of the Unity South Central regional board and 5 years of UWM Board service, culminating as Chair of the Board, June 2016-2017.

Rev. Karen expanded into broadcast ministry as a founding co-host of the internet radio show “Biblical Power For Your Life” on Unity Online Radio for 7 years, and for 10 years had been heard on local radio in New Braunfels giving an inspirational, one minute message.

With her husband, William, Karen has raised two daughters, Rachel and Melissa and now has 5 grandchildren – Lily, Rose, Jordan, Violet and Brielle.

Reverend Karen Tudor believes that all of the teachings of Jesus come from his experience of Oneness and that Love flows from that understanding. Reverend Karen says, “I know myself as love and that love is really all there is; it is our inheritance, our destiny and our legacy. It is the answer to every question.”