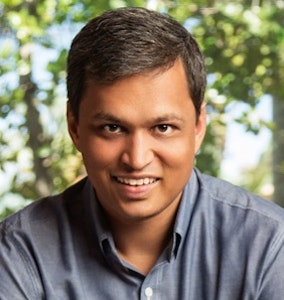 Panache Desai is a transformational catalyst who guides people to access their authentic, essential nature. Born and raised in London, England, Panache spent his childhood surrounded by a spiritual family, deeply immersed in an atmosphere of prayer and worship. After a profoundly transformative experience more than a decade ago, he has committed his life to empowering humanity in the deepest states of connection and awareness, and helping people to directly experience divine consciousness for themselves.

His message of love and self-acceptance has drawn thousands of people from around the world to his seminars and workshops. Traveling the globe providing experiential programs and inspired living workshops, Panache’s warm, funny and often irreverent approach is unlike most traditional spiritual teachers, but his profound message resonates in unexpected, uplifting and inspiring ways.

A highly sought-after speaker featured regularly in print, online and broadcast media, Panache recently appeared with Oprah Winfrey on the Emmy® Award-winning series Super Soul Sunday and was featured on their season finale Soul 2 Soul: Asking Life’s Big Questions. He is on faculty at Omega Institute, Kripalu Center for Yoga and Health and a recent featured speaker at the United Nations Enlightenment Society, Healing with the Masters, I CAN DO IT!, Celebrate Your Life, The Sun Valley Wellness Festival and in the Huffington Post. In addition to being a featured speaker at The Third Metric Conferences, hosted by Arianna Huffington and Mika Brzezinski, Panache has collaborated with internationally-recognized spiritual teachers including Reverend Michael Bernard Beckwith, Elizabeth Lesser, Brian Weiss, MD, James Van Praagh, Ram Dass, Alan Cohen, James Redfield, Colette Baron-Reid and Neale Donald Walsch. Panache will be the recipient of the 2016 Infinity Foundation Spirit Award.

Panache is the author of DISCOVERING YOUR SOUL SIGNATURE: A 33-Day Path to Purpose, Passion, and Joy (Random House/Spiegel & Grau), which has been translated into 8 languages, touching lives and empowering readers around the globe.