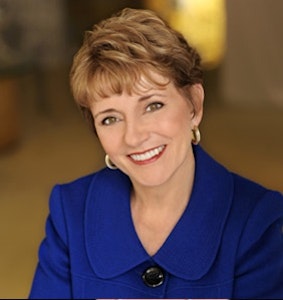 Mary Morrissey is an inspirational speaker, life coach, and best selling author. For over three decades, her inspiring and motivational seminars and workshops have established her as a leader in the “human potential movement.” Currently she is the founder and president of the Life Mastery Institute, a leading training center for transformational coaching. She works as an active leader and teacher, offering regular speaking, training and development programs throughout the world.

Co-founder of the Association for Global New Thought (AGNT), serving as the organization’s first president.

Along with Dr. Michael Beckwith, Mary Morrissey and Beckwith became the first New Thought ministers appointed to the Executive Parliament of the Parliament of World Religions.

Representing the Association for Global New Thought, co-convened and arranged three separate week-long meetings, with His Holiness The Dalai Lama.

Spoke 3 times at the United Nations as the National Co-Chair for A Season for Non-Violence.

Inducted into the Martin Luther King Order of Preachers.

Authored two bestselling books, No Less Than Greatness and Building Your Field of Dreams, which later became a PBS special.

Developed many audio programs, including the popular co-produced audio Working With the Law with Bob Proctor, which was featured in the movies The Moses Code and Beyond The Secret.