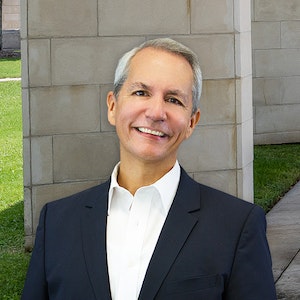 Rev. Michael Gott has been well known in the world of New Thought spirituality for over 20 years. First as a musician and recording artist, and in the last decade as a teacher, minister and spiritual leader. He has received numerous honors and awards, including a doctorate from the Centers for Spiritual Living for his contributions to the field of contemporary spiritual music.

In 2009 Rev. Michael completed a master’s program with Holmes Institute and went on to become an ordained minister with Centers for Spiritual Living. He became a part of the ministry team at Unity of Houston in 2011 and became Senior Associate Minister in 2013. In 2015 he received ordination through Unity Worldwide Ministries. In 2017 he became Senior Minister of Unity of Houston.

Rev. Michael is known for his passion for teaching Unity principles and the emotional impact of his speaking. He has a deep love and appreciation for the power of spiritual community. He says, “Nothing is more inspiring to me than to see someone step out of a limiting idea and into possibility.”

Biblical Power for Your Life – Zoom

The Way of Mastery

Sunday, Jun 20, 2021, 10:05 AM
View All Events
There is nothing to display please make sure you configure the block correctly.