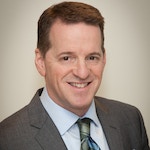 GARY NORIAN, originally from Chicago, is a 20 year native Texan. He performs around Houston, has a thriving teaching studio, and can be seen and heard at Unity each and every Sunday. Gary has performed with the Houston Symphony with guest artists Megan Hilty, Bernadette Peters, Tony Desare, Montego Glover, N’Kenge and Capathia Jenkins, under the direction of New York Pops conductor/musical director, Steven Reineke. 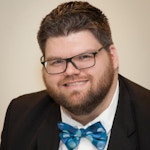 ANDY GRALL has been playing piano since 1999. He served as pianist at Unity Spiritual Life Center of Oklahoma City for ten years, and as music director for another three after that, before moving to Houston in 2013. He joined the band as keyboardist in March, 2015. 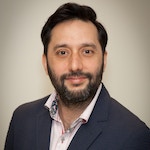 JOHN EDWARD ROSS is a composer, producer, guitarist, and educator. He has scored films such as the documentary Space, Land, and Time: Underground Adventures with Ant Farm, composed and performed for modern dance companies Ashdanceworks and Liz Lerman Dance Exchange, created multimedia film/music duets with filmmaker Laura Harrison, and created commercial music. As a guitarist he has led modern and avant-garde jazz ensembles, and he has performed and recorded with numerous other groups. He recently finished building (from the ground up, with his own two hands) an 1300 square foot music studio-Studio Sassafras. Musicians and artists come to Studio Sassafras to record and to work with John Edward as a producer. He also teaches private music lessons and has developed a series of books and recordings for teaching guitar. He is the recipient of several artist grants and residencies in his home of Houston, TX. 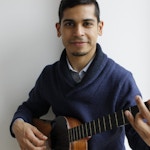 CARLOS PINEDA AVILA began his musical studies as a violinist and pianist in the Venezuelan youth and children’s orchestras system. He belonged to several symphony orchestras and later continued his training in popular folk music. He was musical director and instrumentalist of different bands with which he made national and international tours. 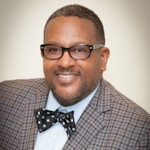 VERNON J. DANIELS, born into a musical family, is one of Houston’s most sought after drummers. He pursued his education at Southern University in Baton Rouge, Louisiana where he studied with Alvin Batiste, Dr. Isaac Greggs and Professor Don Dillion. While attending college, he was able to work with film director Spike Lee, actress Kim Fields, musicians Clark Terry and Dizzy Gillespie, to name a few. After spending 10 years working in the Baton Rouge, New Orleans area, he relocated to Houston and has played his drums extensively. Since he has been in Houston, Vernon has graced the stage with many national and international artist such as, Joe Sample, Kirk Whalum, Yolanda Adams, actors Don Rickles and Dan Aykroyd. 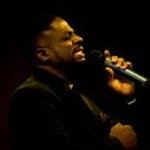 BORIS BRITT began his vocal training and love for music at an early age of 12. He was active in Middle School and High School concert bands, stage bands, and theater. He studied voice and stage performance at Chattanooga State and V.C.U. School of Music. The Project, “Just Boris, For Every Mountain “, was Boris’ first Solo Cd project recorded at Daywind Studios in Nashville, Tennessee. Inspirational and motivational songs with a sultry vibe characterizes Boris’ style of vocal delivery. Boris has lived in Houston, TX for over 15 years and is a Solo Artist, Song Writer, and Worship Leader at Unity of Houston. He is also a Unity Prayer Partner. Boris creates poetry and songs of empowerment and spirituality. “The I Am That I Am” Project is a collection of original poems set to music, written by Boris Britt and produced with John Edward Ross. 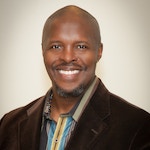 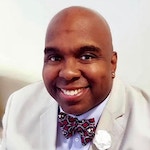 TONY GLOVER, a native Houstonian, sang his first solo in church at age five. His education and performing opportunities have taken him to concerts halls all over the world – China, Egypt, London, Norway, New York, Los Angeles and more – but his roots remain in the church. When he’s not raising the roof at Unity of Houston with his soulful, heart-felt singing, he’s likely at his home church, Brentwood Baptist Church. A graduate of Houston’s High School for the Performing and Visual Arts, Tony now brings his expertise as a singer, actor, dancer, choreographer, and writer back to his alma mater as a consultant and stage director. Locally, he has performed with Houston Grand Opera, Texas Opera Theatre, The Alley Theatre, Theatre Under the Stars, The Great Caruso Dinner Theatre, Main Street Theatre and the The Ensemble Theatre to name a few. Tony has the honor of having performed for six of the last seven sitting Presidents of the United States in addition to several of Houston’s dignitaries – including his favorite hometown teams, the Astros, the Comets, and the Rockets. 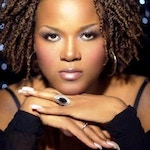 SHEVON JACOB-LAIDLOW, a native Houstonian, has traveled the world with her outstanding singing and charismatic performing – Germany, Australia, Europe, South America, New York Florida, and of course Texas. Whether she’s entertaining for the Royal Caribbean Cruise Line, performing before for the United Nations, or singing here in her home church of Unity of Houston, SheVon’s powerful vocals reach the core of her listeners with a passion for the moment that leaves a lasting impression. SheVon’s theatre credits include Florida Repertory Theatre, Carousel Dinner Theatre, and numerous Cabaret and Showcases in New York City. Revered for her versatility, SheVon moves effortlessly between Funk, Rock & Soul, Pop, and Rhythm and Blues, and always brings an electrifying spark to the many bands, recordings, and concert appearances where she has collaborated. 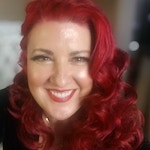 JULIA LASKOWSKI has performed in Houston at Mainstreet Theatre, TUTS, HGO, The Alley, Stages, Texas Repertory,  Opera in the Heights, The Grand Opera House in Galveston, The Stafford Center, Ovations Night Club, and TheaterLab. She has done concert tours in Voghera, Montescano, Pinzolo, Fanano,  Milano and Gubbio Italy. Her  early performances were in the opera repertoire and later she became known for roles in musical theatre and her variety concerts. She has been a soloist at Unity of Houston since 1995. She will play the role of Effy in the Spitfire Grill at the new AD PLAYERS Theater in April & May 2020.

Great new events are on their way. Keep checking here. 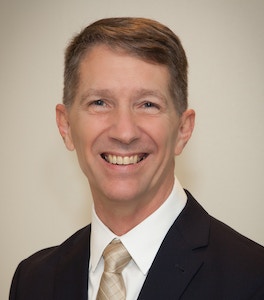 David York, PhD, comes to Unity of Houston with a lifetime of experience as a professional church musician – first as an organist and choir director for Methodist churches in Oklahoma City where he was born and raised, then with New Thought churches soon after he moved to Portland, Oregon. In Oregon, David served as the Music Director for Unity of Beaverton with Rev. Ed Townley, for Living Enrichment Center with Rev. Mary Manin Morrissey, and most recently for New Thought Center for Spiritual Living with Rev. Dr. David Alexander.

With a background rich and varied with performing experience in the theater and concert hall, as a vocal soloist, pianist, dancer, director, and composer, David derives even greater satisfaction through teaching and inspiring others to express their inherent greatness. His infectious energy and zest for life inspire enthusiasm among those who come into his musical orbit. Holding himself and others to high standards of excellence, David’s personal mission is to be a presence that calls people to have a more personal relationship with God and to share their indwelling Christ light with confidence, freedom, peace, and joy.

“I don’t sing because I’m happy; I’m happy because I sing.” ~William James

Unity of Houston has an amazing team of musicians and singers who bring inspiring music to our weekly services.  Our music at Unity is well known for its great variety of musical styles.

The Unity Choir is a great place to get connected! Our choir performs 8 to 10 times per year in concerts, Sunday services, and other special events.

Auditions are not necessary and the ability to read music is a plus but likewise, not required.  Just bring your heart and soul, and be ready to sing the light of God! Prospective members can join the choir at any time, understanding that a minimum number of rehearsals is required before each performance.

For more information about the Unity Choir, contact our Music Director, David York at music@unityhouston.org.